The Hasselblad X1D 50C and X1D II 50C helped redefine the medium format paradigm, placing a large sensor in a small, sleek package. Now the X2D 100C is here, and not only does it double the resolution of its predecessors, but it brings with it a host of impressive improvements and new features. In this review, we take a look at the camera and what you can expect.

I was able to use the X1D 50C for an afternoon a few years ago, and while I loved having a medium format sensor in such a compact body and the beautiful files it produced, I found it was a frustrating camera to use, with difficult slowness. interface and performance. So when I had the chance to use the X2D 100C, I was hoping for the same level of image quality and those beautiful Hasselblad colors, but in a faster package. You can read on to find out more, but if you want the one-line summary: the camera does what it promises.

Of course, the headline feature is that 100-megapixel medium-format sensor with 16-bit color, and as you’ll see it doesn’t disappoint, delivering spectacularly detailed files with gorgeous color. These are the kind of files that make you want to photograph even the most mundane subjects, because you know you’ll get unique and eye-catching renders.

Beyond that, Hasselblad has added a range of other improvements and new features. There’s the 7-stop image stabilization system, which worked remarkably well. I haven’t used a tripod once in my month with the camera, and every file came out crisp and clear. The autofocus system gets almost triple the available areas plus phase shock detection, making it noticeably faster. Fast Wi-Fi allows for speedy file transfers and PD 3.0 fast charging is a great quality of life feature. In fact, I never removed the battery once; I simply recharged it while I extracted files from the internal SSD via USB.

Speaking of that 1TB SSD, it’s a wonderful addition. It’s something I’ve been asking camera manufacturers for years, and it doesn’t disappoint here. I never had to open the camera once to transfer images from a card, and performance was incredibly fast. I hope more manufacturers start implementing this with fast charging, because after charging the camera and transferring images via USB, I never want to go back to memory cards and battery chargers again.

The only major missing feature is video, and Hasselblad has indicated it has no plans to add it at this time. Frankly, I don’t mind. It’s not the kind of camera any video professional would use, and Hasselblad has gone to great lengths to keep the interface tidy and efficient and to keep the user focused on the creative process, without fiddling with settings and menus.

Aesthetically speaking, it retains the attractive look of its predecessors. The body is just slightly larger and heavier than the X1D models, but at 31.6oz (895g) it’s still remarkably portable. For reference, it’s only 35% heavier than a Sony a7R IV and only 21% heavier than a Canon EOS R5, but the camera feels very solid and durable. The dark gray finish is modern and attractive and pairs well with the new lenses, which are equally compact.

The top color display is quite spacious and contains all the normal information you’d expect, including exposure settings, camera mode, remaining memory capacity and battery life. When you plug the camera in to charge, it automatically displays the current battery percentage, a nice touch.

The buttons and dials are well-placed and intuitive, and I quickly adapted to the layout to the point where I could use my camera without taking my eyes off the viewfinder. The shutter button has very satisfying travel and feedback, as do the other buttons, and the dials are easy to find with your thumb and fingers. Between the grip and the placement of the buttons, it’s clear that Hasselblad has carefully considered the exact dimensions to ensure natural and intuitive use.

Let’s talk about this electronic viewfinder, which is probably the best I’ve used. First, it uses OLED, allowing for infinite contrast ratios. This is backed by 5.76 million dots of resolution and a 60 fps rate. But really, the best part is that huge 1.0x magnification, which is exceptionally large and offers a fantastic shooting experience. If you’re someone who likes to shoot with both eyes open, that means the viewfinder image and what your other eye will see will generally be close in size, making it easier to make composition decisions and moving with the camera. camera without being disoriented.

Let’s turn our attention to the touchscreen. It is both precise and responsive. As we’re so used to high-end smartphone touchscreens, I often find camera touchscreens, which tend to be a little less responsive, a bit boring to use, but not here. Plus, it’s simply a nice screen, making it easy to view images and manage settings. 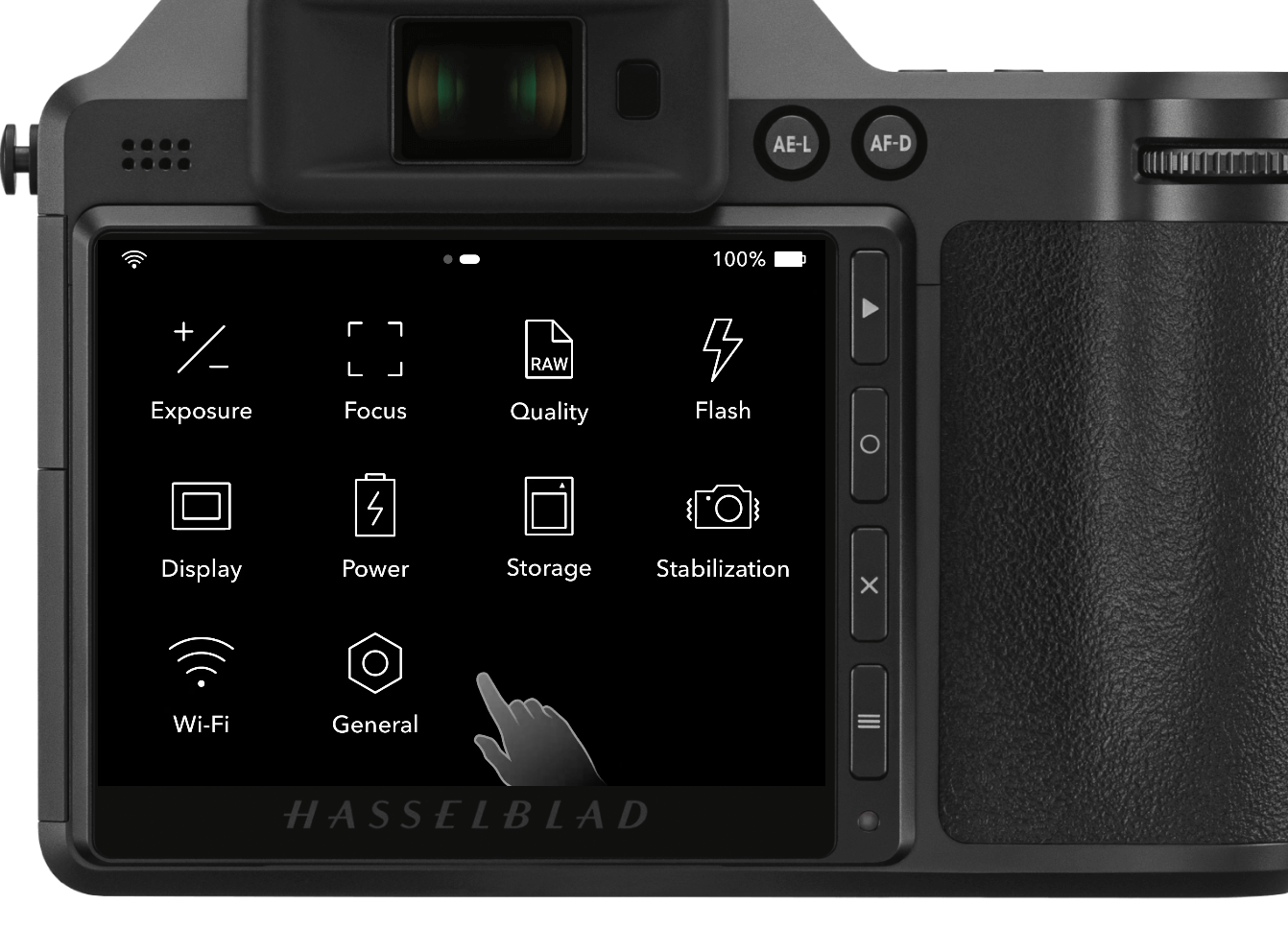 I really like the interface. It’s incredibly simple and ensures you’re never lost in a menu rather than the creative process. Right out of the box, I was able to find everything I needed instantly. You can tell Hasselblad put a lot of thought into making everything obvious and accessible. Yes, there’s less customization than some other cameras, but what’s there is laid out in a very logical and easy to navigate way.

A new addition to the X2D 100C is the hinged rear window, which can tilt 40 and 70 degrees for low compositions. It’s always nice to have, as it means you can skip lying on the ground to get a dramatic shot from a low vantage point, and I found myself using it a few times.

Finally, it’s worth mentioning that the overall experience with the camera is simply faster. With the original X1D, I sometimes missed shots because the camera would freeze randomly for a second after pressing the shutter, navigation through things was jerky, and the overall experience just seemed off. Not so here. The X2D 100C has plenty of power both for normal use and for handling those large files, easily zooming in to check focus without lag.

This is another area that has seen major improvement. Hasselblad has opted for a phase detection system this time, and the difference in performance is noticeable. I found it much easier to focus quickly enough to not get in the way of my workflow than with the X1D. Accuracy is also there. In my time with the camera, it didn’t miss a shot. 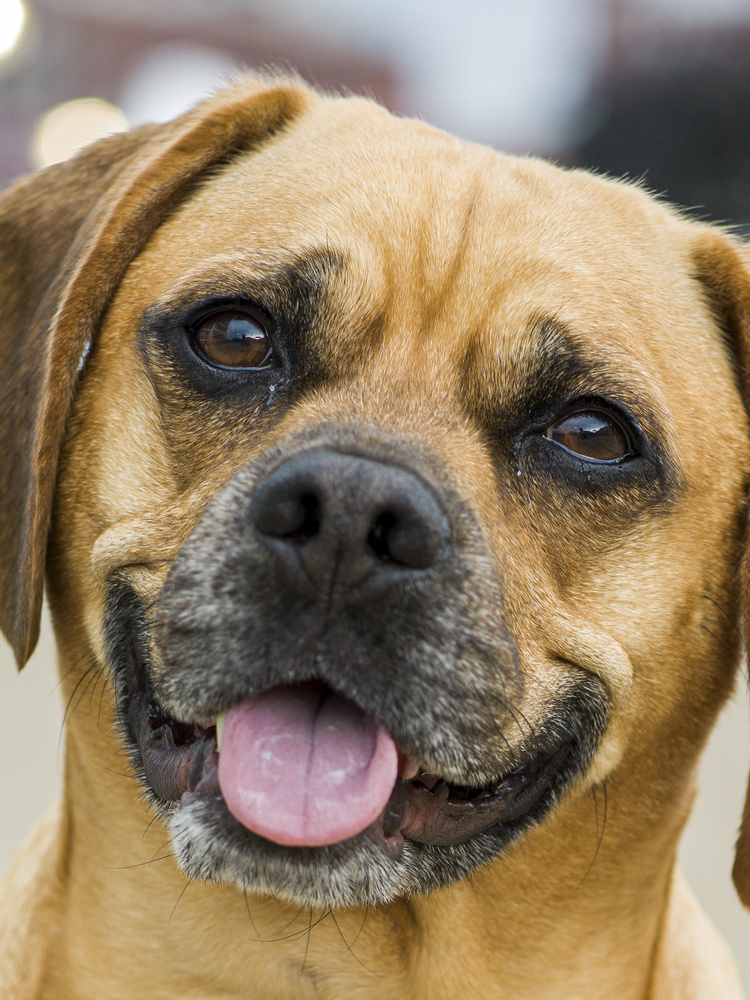 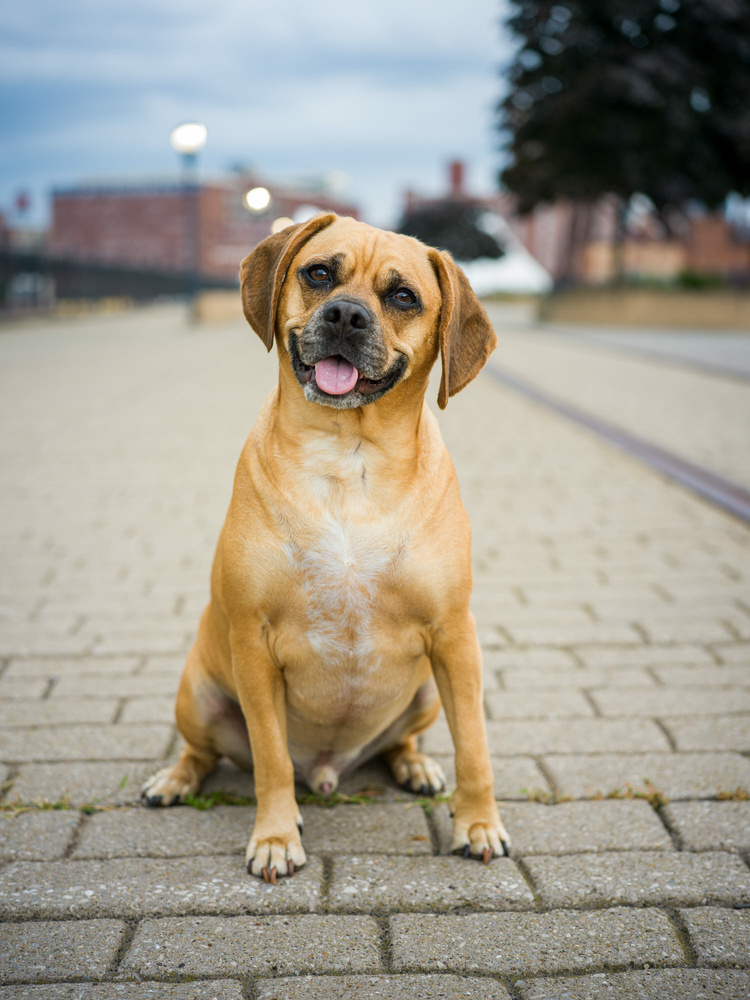 On the other hand, the autofocus system is too simple at the moment. I say for now because Hasselblad is planning to introduce features like autofocus and eye tracking, but for now you’re limited to a very simple system with a few spot/area sizes and tracking or a single shot. Of course, people who shoot with a medium format camera that hits 3.3 fps probably aren’t the type to need ultra-advanced AF tracking features, but features like autofocus eye auto will certainly be nice to have. In the meantime, what’s there works fine, though. 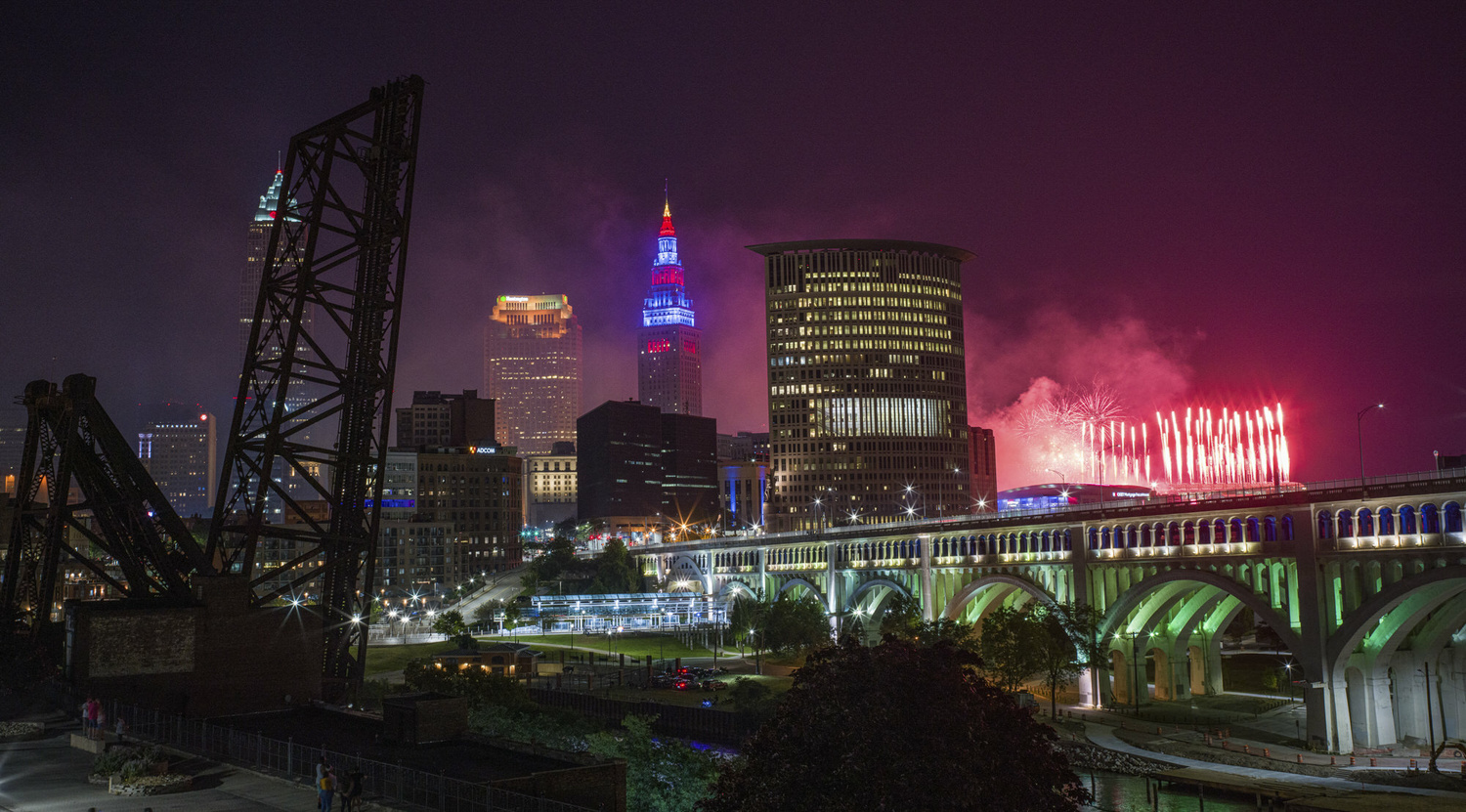 On paper, a Hasselblad’s built-in 5-axis, 7-stop image stabilization puts it among the best in the business, and that’s important, because with 100 megapixels, even the smallest camera shake photo will be visible. In practice, it works very well. In my month with the camera, I chose never to use a tripod, and not once did I experience camera shake, and I really pushed the camera in some cases. For example, the firework above was shot with a shutter speed of 0.7s, and it’s perfectly sharp. I actually took a series of 10 shots at that shutter speed, and all of them came out sharp. It is very impressive.

Hasselblad rates the X2D 100C at 420 shots per charge, which matches my experience. During an afternoon ride that included 162 shots with numerous rear-screen reviews, I used 34% battery, which equates to 476 shots. For a medium format mirrorless camera, that’s quite respectable. Plus, with PD 3.0 fast charging, all it took was a quick top-up, and I was good to go. You might want to carry an extra battery, but for the way most people use medium format cameras, one battery should suffice.

That’s probably why you’re here, of course, and the news is good: the X2D 100C produces files that are bursting with detail, have plenty of room to push post-processing, and deliver absolutely gorgeous colors, especially when shooting in 16 bit. I found myself pointing the camera at mundane subjects that I would normally never pay attention to just because I loved the colors and detail so much. And speaking of details, with 100 megapixels, there’s plenty of room to spare. 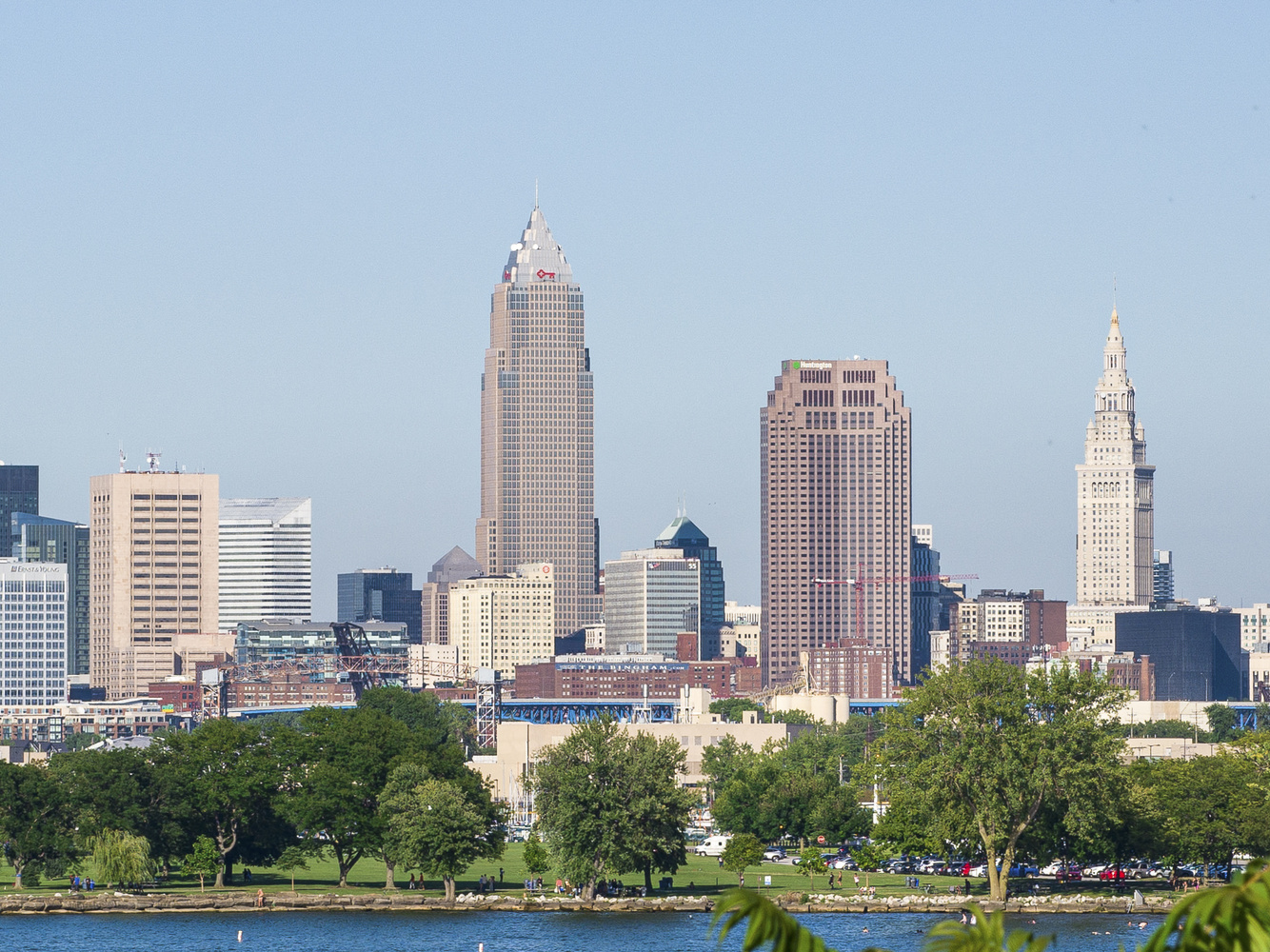 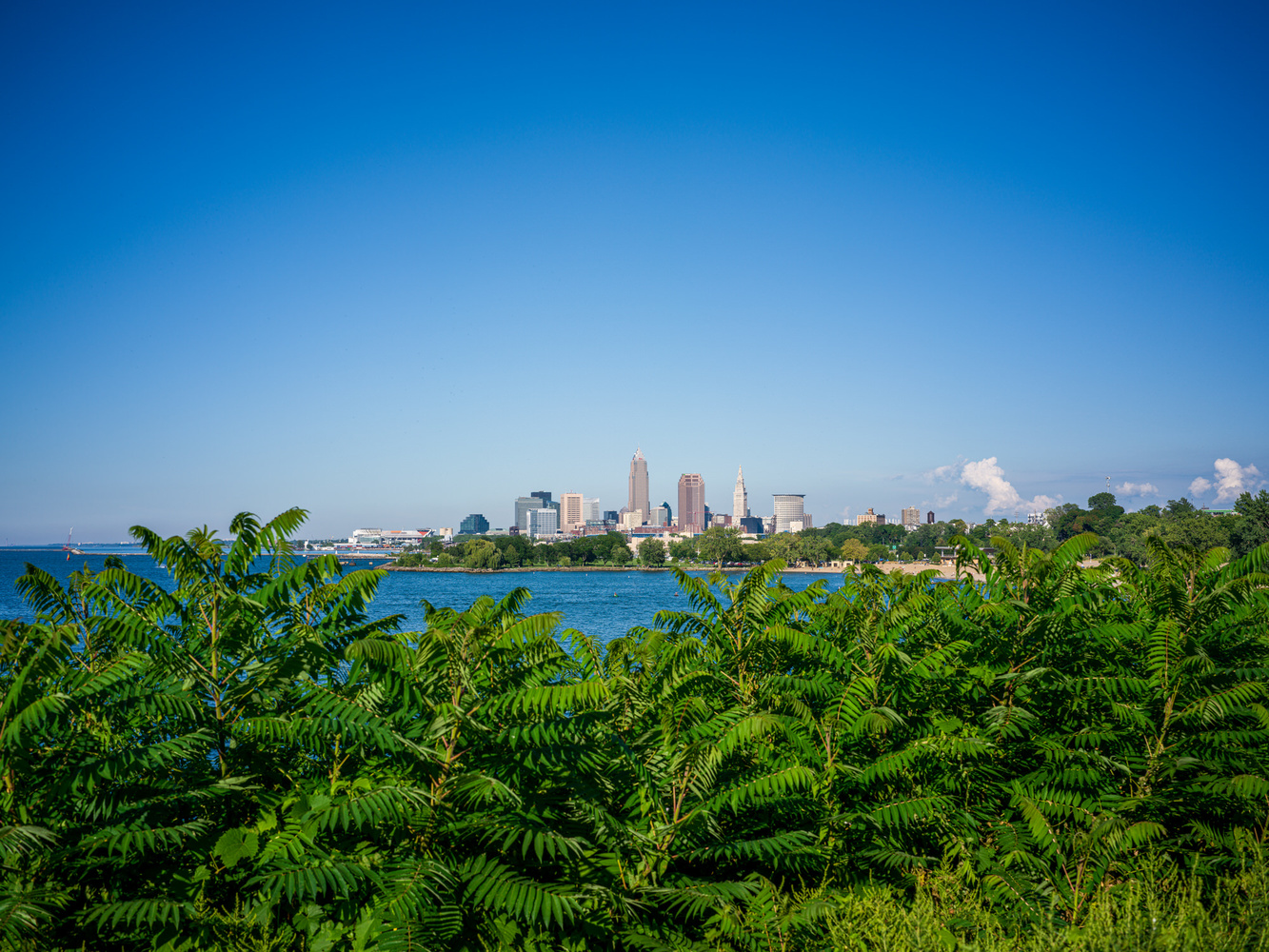 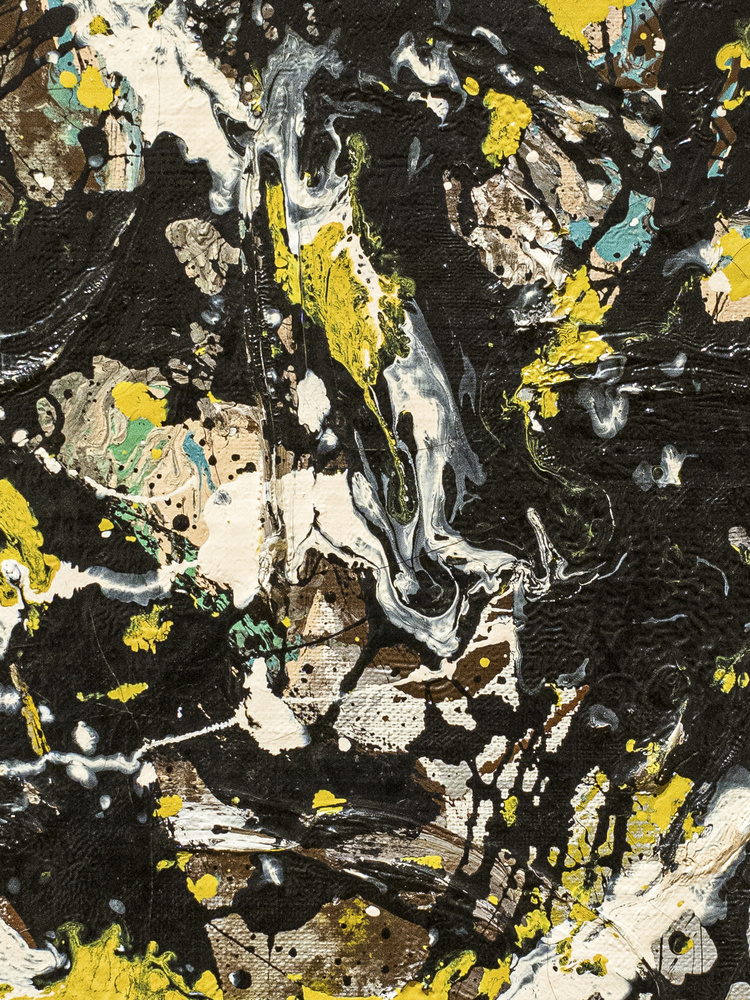 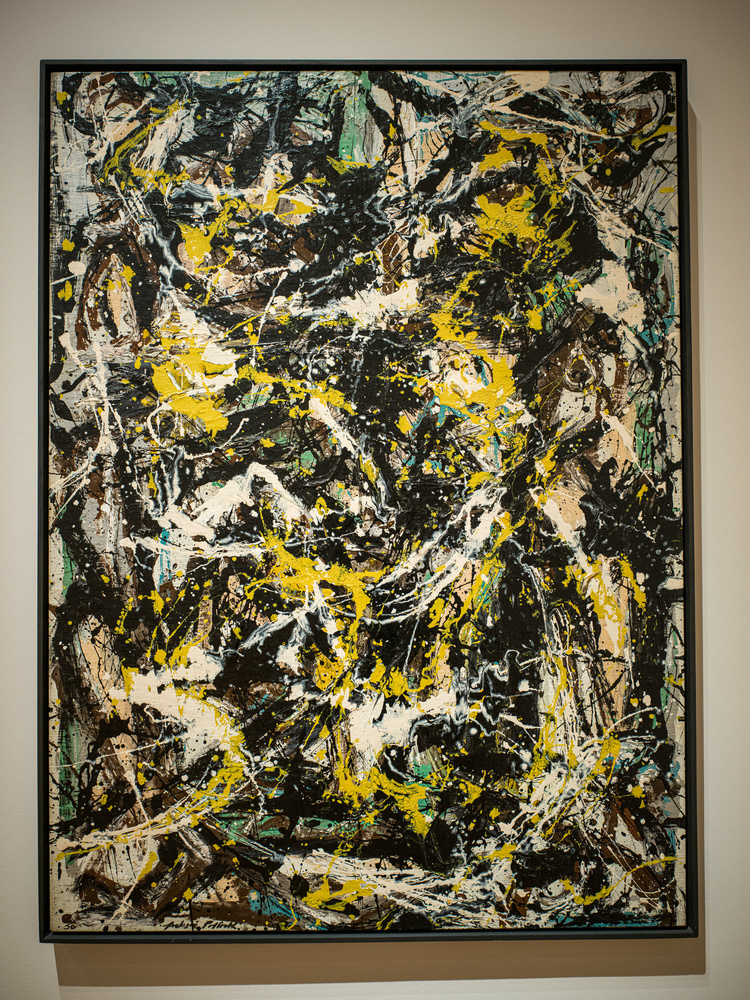 This extra resolution goes beyond simply making gigantic prints or providing customers with ultra-high levels of detail. It also makes files much more versatile by allowing you to crop and create multiple compositions in post while maintaining high resolution.

Tone and color transitions are natural and particularly smooth. As mentioned, there is also a great deal of post-processing latitude. For example, in the fireworks above, the shadows lifted nicely by about two stops and held up remarkably well, with very little visible noise.

There’s a lot to like about the Hasselblad X2D 100C. Hasselblad clearly listened to user feedback on the X1D models and made major improvements in tandem with upgrades such as doubling the resolution and adding in-body image stabilization. All in all, it delivers a sleek and responsive experience that includes everything you need and nothing you don’t, making it easy to focus on imaging. And when it comes to those photos, they’re gorgeous, full of detail, dynamic range, and gorgeous color. You can buy the Hasselblad X2D 100C here.