A few weeks ago, our spy photographers were able to capture the first images of the interior of the upcoming Maserati Grecale. Now they were able to spot the prototype again, this time with the interior almost completely uncovered.

With the previous prototype, all we could make out from the photos were the SUV’s seats, door cards and steering wheel. This new prototype also features all of that, but now we can see the full dashboard.

The overall design is very smooth and curvaceous, with subtle “waves” helping to break up the empty space on the passenger side. Metallic trim across the full width of the dash hides integrated air vents, while a large touchscreen infotainment system takes center stage alongside a cluster of digital gauges.

Gone is the traditional gear lever as Maserati opts for a button layout positioned between the infotainment screen and a second screen which will most likely be in charge of climate control duties.

The smaller details also look quite refined, with stitched leather on the upper dash and center armrest as well as a knurled aluminum look on the vent buttons and center clock.

As for what we saw on the latest Grecale prototype, this SUV has similar specs, but their designs are a bit different. For starters, the seats feature a sleeker fluted design than the other prototype’s aggressive arrow shapes. One thing that remains the same between the two prototypes is push-button door releases instead of traditional door handles. 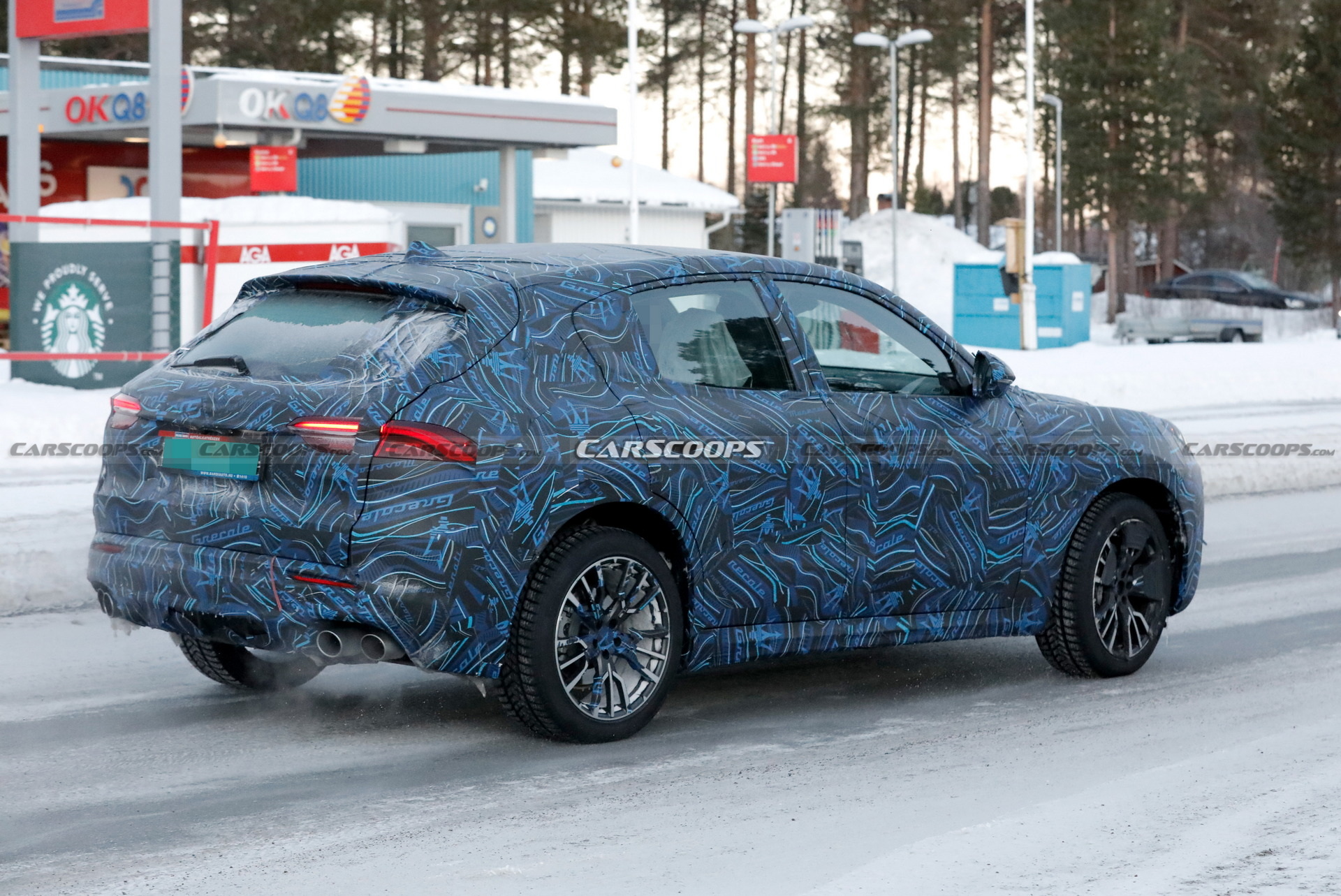 As for the exterior, there’s nothing new other than the fact that this is the first Grecale prototype we’ve seen that features proper quad exhaust tips. However, given that it doesn’t have the larger brakes found on high-performance Trofeo prototypes, this is likely either a case of Maserati testing different parts on different prototype vehicles, or maybe -to be a test vehicle for some high level vehicles. luxury trim.